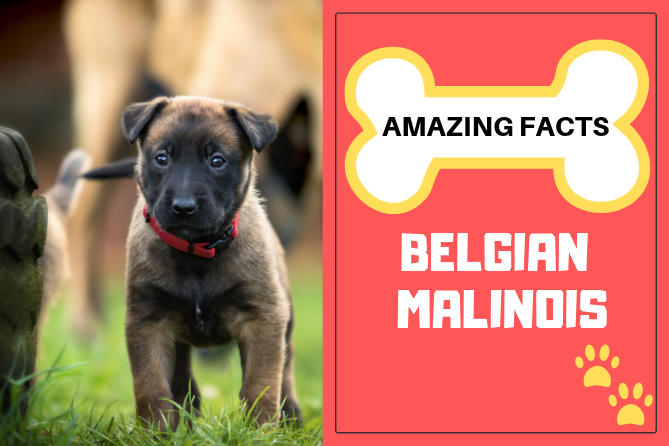 Here are some fun and fascinating facts about the Belgian Malinois that will surely surprise a lot of people!

These extremely athletic and versatile canines were bred in the city of Mechelen that is situated in Belgium and it is called as Malines in French. So, to honor the place where this breed was developed, it was given the name Belgian Malinois.

Originally bred for a wholly different purpose, these Belgian canines soon began to impress everyone with their skills, athleticism, endurance, and speed. And, gradually, they started to be used for Police work in various countries and in no time, they replaced whereas breeds like the German Shepherds, the Dutch Shepherds et cetera to become one of the most used Police dog breeds all around the world.

There are four different Shepherd breeds that are recognized in Belgium. Out of all of them, only the Belgian Malinois canines are known to have short and smooth coats. Although these canines are double-coated, the length of their coat is fairly short, which is not the case with other Belgian Shepherd breeds.

In the 1800s, numerous Belgian breeders started breeding various Pastoral breeds as they wanted to create a perfect a Shepherd Dog. This elaborate breeding program led to the formation of four different breeds which were very closely related to each other and they were collectively called as ‘Chien de Berger Belge.’ These newly formed four breeds were the Tervuren, the Groenendael, the Laekenois, and the Malinois.

After their great potential as a police and military dog was recognized, these dogs were employed to play a big role in the first World War. They were used for various purposes such as messenger dogs, Red cross dogs, et cetera. They were also given the task of pulling the carts that carried the firearms and weapons and they also pulled numerous ambulance carts as well.

After showing their talents to a vast majority of people all around the world, this breed was finally registered by the American Kennel Club in the year 1959.

Belgian Malinois canines are considered to be one of the best guard/watchdogs that you can get today. They have great protective instincts for their loved ones and are known to remain alert and aware of their surroundings most of the times. They are also very watchful and territorial in nature which means, not only these dogs will protect their family members from any kind of danger but they will also defend their home and property against intruders and trespassers. This is an awesome breed for those people who are looking to raise an athletic canine who can effectively guard their homes against any kind of external harm.

In 2011, the U.S. Navy Seal with the help of the Belgian Malinois canines was able to track down and capture one of the biggest terrorists in the whole world, Osama Bin Laden. The main canine that was heavily used in this operation was a Belgian Malinois named Cairo.

When celebrity Eva Mendes encountered an obsessive stalker in 2011, she had to get a restraining order against him. And to feel more secured and protected, she even got a Belgian Malinois canine who she named Hugo.

Not only these canines are very popular among the police force, but they are also heavily used for Military work as well. And, there are numerous tasks such as search and rescue, narcotics detection, explosive detection, tracking et cetera for which these canines are considered to be a perfect option.