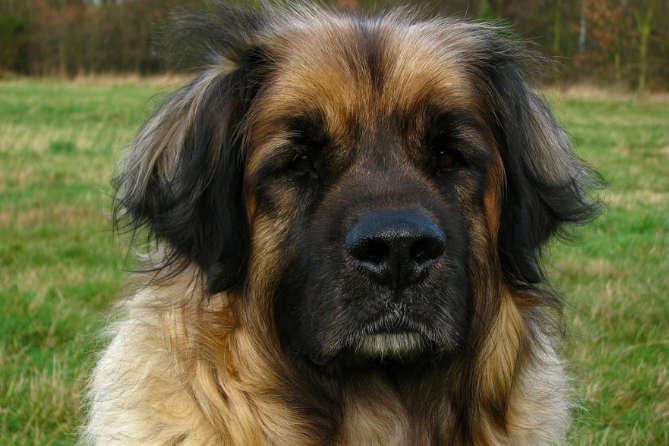 Is Leonberger Good for Indians?

The Leonberger is a large-sized breed that originated in Germany. This breed is extremely rare to be found in Asian countries like China, Japan, India et cetera. And, the primary reason for the low availability and demand for the Leonbergers in many places might be the enormous price tag that comes along with them. In India, these canines can go extremely high in price (2-3 lakhs) which is a turn off for many people including the ones who want to raise this breed as a pet. And, one more issue for the future Leonberger owners residing in India is the poor tolerance of this breed to high temperatures. These dogs prefer extreme cold and snowy areas and are very uncomfortable in a hot and humid place. Therefore, they need to be provided with extra care and attention if anyone living in a tropical place decides to raise them. The potential owners need to be a lot more careful with this breed especially during the summer months as there is a high chance of these dogs getting a heat stroke if they are kept outside the house for a long time on a hot and sunny day.

The Leonbergers are huge, brawny working canines that are immensely adorable and sweet in nature. They are surprisingly very graceful and always carry their head and overall body with pride and elegance. The official standards for the Leonbergers are as follows:

The average height and weight of the Leonbergers are somewhere around 25.5-31.5 inches (at the shoulders) and 40-80 kilograms, respectively. The male Leos are slightly taller and heavier than their female counterparts.

The Leonbergers have a water-resistant, medium to long double coat. They have a soft and dense undercoat and a straight, coarse and flat-lying outer coat. The coat is profuse on the legs, tail, and ears but it is a bit smoother and shorter on the front of the limbs and the muzzle.

These massive well-built canines have a muscular neck which is moderately long in length and is well set on the strong and muscly shoulders. Their chest is quite broad, deep and capacious with oval and nicely sprung ribs. The back region is also fairly broad and gently slopes into the root of the tail which is very bushy and is mostly carried low. The forequarters and the hindquarters are immensely strong, robust, powerful and provide the required sturdiness to the whole body.

They have a rectangular shaped head which is free from any wrinkles. Their eyes are medium in size, oval to almond in shape and are of dark brown color. The ears are fleshy, triangular, moderately sized and they hang close to their head.

They possess a strong jaw region with clean teeth firmly placed inside their mouth. For the Leonbergers, scissors or a level bite is acceptable. Their muzzle is evenly wide and slightly arched.

The Leonberger is a sweet and even-tempered canine who may appear to be a bit domineering but in fact is extremely gentle and well-behaved. These dogs are very friendly and affectionate with their housemates and are tremendously obedient and loyal to them. They respect their owners a lot and are kind and careful with the small kids present in the house. They also possess a fearless personality which along with their exceptional watchdog ability lets them be an awesome guard dog and they can easily alert their owners in case of any intruders. They are highly territorial by nature and are always aware of their surroundings. They are somewhat reserved with the strangers and hence early socialization and training are very important for them. General character traits of the Leonbergers are listed below:

Many people get intimidated when they see a Giant breed like the Leonbergers. The lion-like appearance of these dogs along with their massive size can be a bit startling for some people. But, don’t let their stature and looks fool you as these canines are one of the most affectionate and loving dogs present today in the world.

They are extremely kind and caring in nature and are a bundle of joy and happiness. They are not shy to sit in their owner’s lap and are contented to lay by their side for as long as possible. They are pleasant and tender with most people and thus are rightly referred as the Gentle Giants of the canine world.

They are easy to train and handle as well because of their obedient nature and compliant personality. These dogs are considered to be great companions for anyone and whoever decides to bring these large-sized pooches in their life will be extremely happy and delighted by their choice.

The Leonbergers are found in different types that are based on the various colors in which their coat is available in. These colors are as follows:

Any owner should feed this breed responsibly and carefully as these canines are prone to get overweight. They do well on a high-quality feeding material which can be either home cooked or commercially manufactured as long as it is good for their health. A vet’s advice regarding the feeding needs of this breed goes a long way and can be immensely beneficial for these pooches.

This large breed needs to be provided a moderate amount of exercise on a daily basis. Long walks in an open area in the evening is good for them and they enjoy it a lot. They also love to play with their close ones and various low-intensity games like catch the ball etc. help them keep moving and is overall good for their health and fitness.

It is important to train these dogs from an early age because if they are properly trained when they are at the puppy stage, then they grow up to become extremely well-behaved and obedient canines. These dogs are mostly very responsive to any kind of training exercise and are always very eager to please their owners. Hence, training them should not be a problem for an experienced dog owner/trainer.

Their heavy double coat requires a good amount of grooming and that too on a daily basis. Regular brushing of the coat with a metal comb is necessary for them so as to avoid any mat formation. Bathing and brushing of teeth can be done occasionally. Their nails should be trimmed every other week. These dogs also shed a lot on a regular basis, but during the shedding season that comes twice a year, these canines shed even more. Brushing them frequently may control the shedding process to some degree.

The Leonbergers may get affected by quite a few health problems during their life-span. Some of the common health-related issues found in Leos are as follows:

Like all the large-sized breed, the Leonbergers should also be taken to a vet’s clinic on a regular basis for general body and health check-ups.

The Leonberger breed originated in the small town of Leonberg, Germany in 1846 and this was the inspiration behind their naming. There is a very interesting story of how these dogs came into existence and the whole credit for the creation of these canines goes to Herr Heinrich Essig who was the mayor of the town.

Essig was a huge admirer of animals and he always used to adore large-sized dog breeds. In his attempt to develop a breed that would have a similar appearance to a lion, he carefully cross-bred several breeds like the Pyrenean Mountain Dogs, the Landseer Newfoundlands and the St. Bernards. And, the result of that breeding was the Leonbergers.

After the demise of Herr Heinrich in 1889, his nephew continued the breeding process. With time, these dogs started to appear a lot like their current version and they also began to climb the ladder of popularity. They were highly appreciated and adored for their loyalty and gentle behavior. And considering their massive size, they were given the nickname of the Gentle Giants of the doggy world. They were recognized by the AKC as an official breed in 2010.