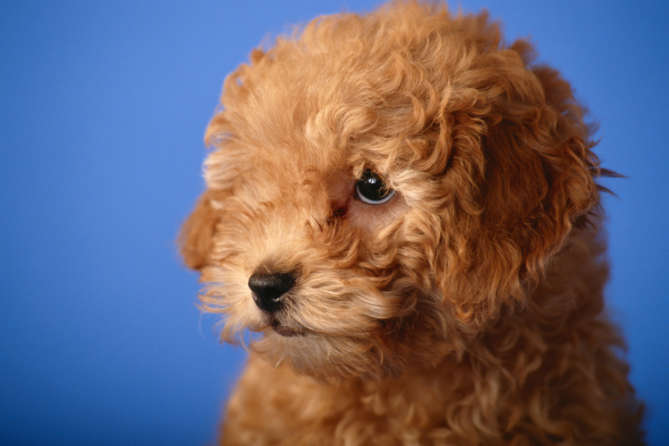 Lhasa Apso is quite a unique breed of dogs. They have a long and lavish coat over their body which is gorgeous to look at. But this distinct feature also makes them quite unsuitable for a place like India. They have a below average tolerance to heat and the harsh hot and humid Indian climate is not very favorable for their overall health. Just like any other breed with low resistance to high temperatures, these beautiful dogs also need more attention and care, especially during the summer months. Coming to their availability, these are not that rare to find but should always be adopted or purchased from a reputable source.

Lhasa Apsos are famous and known for their elegant and mostly floor-length coat. They are fairly small and compact in size but appears much heftier than they should be because of their elaborate coat. General breed standards for Lhasas are given below:

As stated, they are quite small in size and their average weight is somewhere in the range of 5.5-8 kg and their average height being anywhere between 10-11 inches. Females are slightly shorter than the male Lhasas.

The distinct feature of this breed is their coat. They have a heavy and straight coat which is fairly long and covers almost whole of their body. Their coat is neither silky nor woolly but a bit hard and quite dense. Their luxurious coat can have several colors like brown, golden et cetera.

They have a compact body which is well ribbed up and fairly balanced. They have a small neck and chest region which is well covered with heavy hair. They have a medium sized back area. Forelegs and hind legs are straight and well-developed and are heavily furnished with hair like the rest of their body.

They have a narrow head region which again is covered with heavy hair with a good fall over their eyes. Their eyes are medium in size and are usually dark brown in color. Their ears hang in the downwards direction and are also heavily feathered.

They have small jaws with firm teeth and a medium sized muzzle.

Lhasa Apsos are very affectionate and loving dogs. They are very caring for their family members and likes to be close to them. They also are quite playful and lively dogs and loves to play several non-intense games with their loved ones. Their intelligence is one of several good features that many people don’t know about them. They also remain fairly alert and attentive most of the time. Key temperamental traits of this beautiful Lion Dog are:

Going by the looks, Lhasas appear to be small, delicate and easy on the eyes. Any person without the proper knowledge or information would assume this breed to be quite gentle and mild in nature and their coat and looks being the only interesting things about them.

But looks can be misleading and this is true in case of these lion dogs believed to be originated in Tibet. These dogs have a fairly feisty personality and are very intelligent and alert most of the times and have a decent decision-making ability. Contrary to their appearance, they are very fearless and bold in person and remain devoted to their loved ones.

Once bred and used for guarding purposes in the monasteries, these dogs are now mostly appreciated for their unique looks and adorable size. Most people are unaware of their spirited and courageous heart and are thus not utilizing their full potential. If trained properly with passion and persistence, these dogs have an awesome inhibited watchdog ability.

But keeping all these positive traits aside, anyone who is just looking for a beautiful, compact and an easy going dog, Lhasa Apso again proves to be a very good option. Their vibrant and fearless personality is just an added bonus to their good looks.

Lhasa Apsos are divided into different types on the basis of the different colors that their coats can have. Various colors in which Lhasas are found in are:

The above-mentioned colors are some of the common or standard colors that a Lhasa is found in. There are several other colors which are considered to be rare or uncommon that a Lhasa can possess:

Lhasas require a good quality feeding material for proper development. They have a thick skin to aid their heavy coat, and thus needs a proteinaceous diet with good fat levels. Most of their protein requirement can be fulfilled by good quality meat. Quality aside, the quantity of food also matters and Lhasa mustn’t be overfed as it can cause some digestive issues.

Lhasas are quite active and energetic dogs. Their exercise requirement ranges from moderate to good. They like to use their energy for various physical activities like running, playing with their owner et cetera. Regular walks for about half an hour on a daily basis and a brief playtime in the house or in a park should suffice their exercise needs.

Being an intelligent breed of dogs, Lhasas have fairly decent decision-making ability and can think independently, thus becoming a bit stubborn and arduous to train. They can learn several new tricks and things but only if they are in the mood for it and the trainer is immensely passionate. A trainer should make their training exercises interesting and creative so as to not lose Lhasa’s focus and attention. Harsh methods are not recommended as Lhasa are not very appreciative of those techniques and can become a lot more obstinate.

Lhasas possess an attractive and beautiful coat which is quite long in length and thus require a substantial amount of grooming. Brushing 2-3 times a week and bathing after every 15 days is common for Lhasas. Trimming of nails and brushing of teeth is done as deemed necessary by the owner or the groomer. Also, Lhasas are not known for heavy shedding, which is a good thing.

Generally, a healthy and robust breed, Lhasas do suffer from some health problems which can be harmful to them. Common health issues found in Lhasa Apsos are:

Because of their general robustness and good health, Lhasas need to be taken to the veterinarian quite rarely.

Originated in Lhasa, the capital of Tibet, these hairy lion dogs date back to thousands of years ago. They were raised and bred as a guard for the Buddhist monasteries and were specifically trained to alert the monks of any intruders and trespassers.

The meaning of their name is two-fold. The first part (Lhasa) tells us the place where they were bred and the second part (Apso) means bearded which describes their heavy coat. This breed is considered to be one of the oldest and ancient to be around.

After keeping the monasteries safe and secured for several years, these fearless dogs finally moved outside the Tibetan region and reached the United States. They were given as a present to the visiting diplomat by the 13th Dalai Lama, which was a common ritual of that time.

Their unique appearance and bold personality became very famous and their demand increased in different parts of the world, other than Tibet. This breed is still quite relevant to this date but is more appreciated for its outer features and less for the inner qualities.