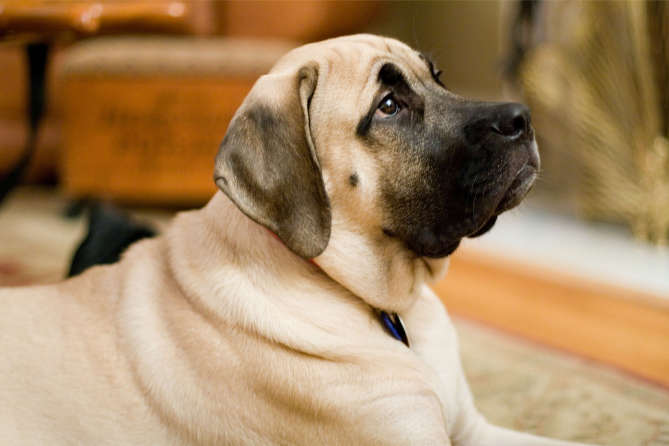 Is Mastiff Good for Indians?

The English Mastiffs are very popular all over the world, and the same is the case with India. They have gradually scaled up the list of most popular dogs in India and are in good demand mainly among the wealthy and well-to-do portion of the society. These dogs are quite expensive to get home and maintain as well and also require a good amount of care and protection, especially during the summer months because of their low tolerance to high temperatures. They like to be in an air-conditioned room most of the time in summers and thus a considerable amount of financial resources are needed to be invested by the potential owners who are looking to raise this giant dog.

The English Mastiff is quite a large and mighty canine who according to some standards can be considered as a Giant breed. They have a very powerful and massive overall body structure but they know how to carry themselves with dignity. Official standards of the English Mastiff are given as follows:

This is one of the largest dog breeds in the whole world and thus their stature and mass are in accordance with their huge size. On average, an English Mastiff weighs somewhere around 54-110 kg and stands tall at a height of over 28 inches (at the shoulder). The male Mastiffs are visibly larger in size than their female counterparts.

Mastiffs are double-coated. The undercoat is dense, close-lying and short and the exterior coat is coarse, straight and is also on the shorter side. Their coat is mostly available in colors like Fawn, Apricot et cetera.

The English Mastiffs have a very powerful body with a slightly arched and muscular neck which is of moderate length. The chest is deep, wide, rounded and is well let down and the fore-chest is equally deep and well-defined. Their back is straight and muscular that ends with a tail which is quite wide at the root set moderately high and is tapering towards the end. The forequarters are very strong, brawny and moderately sloping while the hindquarters are quite wide, broad and equally muscular.

They have a massive head with a broad skull which is slightly flattened between the ears. The eyes are medium in size, set wide apart and are mostly dark brown in color. Their ears are V-shaped, relatively small in proportion to the skull and are rounded at the tips.

They have very strong and sturdy jaws with healthy teeth placed wide apart inside the mouth. The muzzle is on the shorter side but is quite broad under the eyes.

These gigantic canines may possess a domineering and intimidating look and an enormously large body but they are equally affectionate and kind to their loved ones. They respect and love their owners and family members to the fullest and are very protective and loyal to them. These dogs act as excellent watchdogs and guard dogs as they are very attentive and aware of their surroundings. They are also very careful with small kids and tolerates all their little pranks and mischiefs. They are a bit reserved with strangers and other canines but they can become more outgoing if properly socialized from a young age. General temperamental traits of the English Mastiff are listed below:

The most talked about thing about the English Mastiff is its size and rightly so, as if we ignore the height of a dog for a moment and just look at the sheer volume and bulkiness, then the English Mastiff is the largest dog breed in the world. A Mastiff named Zorba from London, England was given the title of the world’s heaviest dog and he weighed around 155 kilograms.

But, most of the times, the size of this dogs overshadows its love and loyalty towards its owner. This breed is immensely caring and warm in nature and is happy to spend all their time with their close ones. These dogs make awesome house pets as they are very friendly with all the members of the house including small kids, provide a sense of security to the owner and are highly territorial (protect their territory or property) and watchful in nature.

They are a very good option for anyone looking for a large breed to raise, provided the owner should be well-experienced and should have a decent space to accommodate this breed. Also, the potential owner must be ready to invest a good amount of time, efforts and financial resources to maintain and care for them especially if the environment outside the house is harsh (very hot and humid).

First of all, it is very important to feed such a large breed schedule wise and at regular intervals. Feeding all at once should always be avoided. Secondly, Mastiffs need a slow and steady growth to be perfectly healthy and fine and hence they must be fed with high-quality food that has appropriate calcium to phosphorus ratio. Also, their calorie count should not cross the desired value and for all this, it is recommended to take the advice and help of a skilled veterinarian in deciding the feeding material and schedule for the English Mastiff.

Their exercise requirements are average and they are happy with occasional play time with the family and regular short walks in the park. Low-intensity exercises are very beneficial for them as it keeps them fit and fine both physically and mentally. Also, owners should never overtax the mastiffs when they are growing up and keep the amount of exercise to a minimum when they are still at the puppy stage.

Mastiffs are good learners and are easy to train if they are in the right mood. But, if they start to get bored and uninterested during the training period, then training them becomes slightly more challenging. Hence, the trainer must try to make the training process more enjoyable and interesting for these dogs. Trainers must keep a firm eye contact with their pooches and also must always avoid harsh training methods which might hurt their feelings. Praising them and offering them treats while training has proven to be a good way to teach them new things, but the number of treats should be limited.

Mastiffs shed once or twice a year quite heavily and during this period, they should be brushed regularly. But apart from this, their grooming needs are extremely low and occasional brushing and bathing should be enough for their short and dense coat. But, one thing that is very important is that the cleaning of their muzzle and ears should take place on a regular basis.

Being such a large-sized breed, the Mastiffs do suffer from a lot of health-related issues and thus must be given very good care and attention throughout their lifetime. Some health problems found in the English Mastiffs are listed below:

The English Mastiffs do require frequent visits to a vet’s clinic for regular health check-ups.

The English Mastiff is quite an ancient breed and is believed to be descended from the Molossers and the Alaunts. It is highly speculated that in the olden times, these dogs were used by the Romans to fight in the Arenas against very big animals like Elephants and Bears.

They were very strong, mighty and had great power in their body, and this became the inspiration behind their name which is derived from an Anglo-Saxon word “masty”, which translates to powerful. As time passed by, the role of these dogs in the fighting arenas reduced and they were starting to be used for hunting and guarding purposes.

When people in other parts of the world took notice of this huge dog, they were attracted by its power and built. And, slowly this breed began to move outside to other places. And, once they were finally registered as an official breed in the year 1885, they gradually became very popular and till now they haven’t lost their charm and reputation and are still among the top 30 of the most popular dog breeds all over the world.