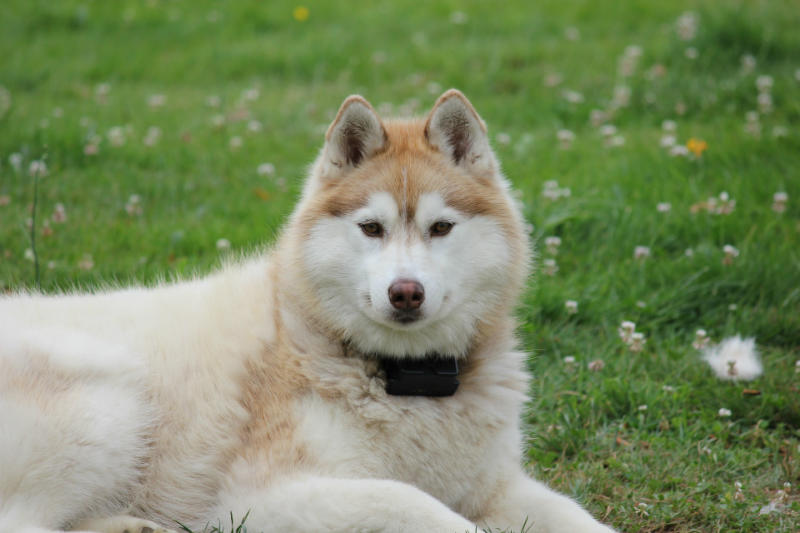 Is Siberian Husky Good for Indians?

While the demand for common breeds like Labrador Retrievers, Golden Retrievers et cetera in India remains steady and even, the rare breeds like the Siberian Husky has seen a sudden growth in its demand and it has been gradually increasing over the last 10 years. These wolf-like dogs are appreciated and admired for their majestic looks and affectionate behavior. Bringing them home is quite expensive and maintaining them with proper care and comfort can be equally costly. They were bred in Siberia where the temperature can go as low as -70°C, hence they are meant for a colder and snowy region. But still, they have an average resistance to hot weather conditions, hence, if provided with comfortable living conditions like keeping them in an air-conditioned room in summers, not taking them outside in the excessive heat during the hotter months, keeping them hydrated can make their life a bit more easy and comfy in a hot country like India.

The Siberian Huskies are quick and agile, compactly sized working dogs. They have a well-coated body which helps them in low-temperature areas. They have an overall balanced and well-proportioned frame that enhances their speed and power. General breed standards for the Siberian Husky are given below:

Huskies have a decent elevation to them and a reasonable weight. Male Huskies are a bit bigger than the females. The average height of Huskies is between 20-24 inch and weight being somewhere between 16-27 kg.

Huskies are double coated and have a well-furred appearance. Their coat is medium in length with undercoat being dense and soft whereas the outer coat is smooth lying and straight. Also, their coat can have a wide range of colors like white, black, brown, grey et cetera.

They have a sturdy and balanced body with a strong and deep chest and well-sprung ribs. They have an arched neck which is medium in length. The back region is straight and robust which ends with a furred fox-like tail. They have well-laid back and powerful forequarters and hindquarters.

Their head is slightly rounded on top and is medium sized. They have decently spaced, almond-shaped eyes which can be brown or blue in color. Ears are triangular in shape and are set high in the head. They are well coated, thick and slightly arched.

They have a powerful jaw region with strong teeth firmly placed inside the mouth. Their muzzle is medium in both length and width.

Huskies are known to be friendly and affectionate dogs. They have a loving nature with almost everybody and are happy to be around someone. They have an outgoing personality and loves to meet new people. They are very gentle and kind to their loved ones, especially with small kids. They also are very energetic and playful in nature and are fond of playing with their family members in an open environment with good weather conditions. Various temperamental traits of Siberian Husky are listed below:

Huskies are one of the most beautiful and unique looking dogs around the world. They appear to be a mix of wolf and a fox; their eyes are mostly blue and brown in color or sometimes both the eye colors are present in the same Husky which enhances their overall appeal.

But apart from their majestic looks, they have various other qualities which makes them an awesome pet to raise. Huskies gel very well with almost everybody, be it a person or other canines. Hence, if someone is looking for a Husky and is already a dog owner, there should be no problem and worry as Huskies are warm and gentle with everybody.

Huskies originated in Siberia, a region in Russia which is known for its low temperatures and colder environment and they adapted to that extreme climate very well. And thus, they do not fit well in hot and humid conditions which are commonly seen in India and a potential owner should be aware of this. Huskies should be looked after very carefully especially during the months of May to August. Air-conditioned rooms and proper hydration should do the trick of making them comfortable and keeping them fine.

They are also not meant for new dog owners who are not experienced enough as Huskies are not that easy to train and handle. They think a little bit independently and thus are properly handled by an experienced trainer who is persistent and knows the mindset of dogs in general.

Huskies are divided into types on the basis of small differences between one another like their body dimensions, the appearance of coat et cetera. These types are listed below:

Huskies are available in a wide range of colors and also possess distinct markings. They can be found in a mono-color or in a combination of two colors. Various colors for Huskies are as follows:

A Husky needs a high-quality diet to maintain its coat and skin. Proper attention must also be paid to the overall percentage of protein consumption by the Husky. In summer, the protein consumption should be lower at around 20% and should be increased to 32% during the winter months. Also, overfeeding the Husky must be always avoided.

Huskies are working dogs and hence loves to perform some kind of physical activity. They are very energetic and athletic and are fond of doing something that involves the movement of their body. They like to run around, play games with their owners and this accomplishes two things; they remain fit and fine and the bond between the dog and the owner also strengthens. Providing them with a good amount of exercise is good for both their physical and mental health.

If the bond between the trainer and the Husky is strong and a mutual trust is present, then Huskies are moderately easy to train and will try to please the trainer. But, if the bond is weak, then the process of training them becomes very arduous. A trainer should be patient, persistent and experienced to train this majestic breed efficiently.

Huskies have moderate grooming requirements. Brushing of the coat once a week, trimming of nails and brushing of teeth as per the necessity would suffice their grooming needs. They are also self-cleaning dogs and thus requires minimal baths to be in a clean and neat state.

Also, they are average shedders and sheds on a seasonal basis. They have an undercoat and a protective outer coat, out of which the undercoat sheds almost twice a year and they should be brushed with a metal comb during that period.

Huskies are relatively healthy dogs when compared to some other breeds. If purchased from a good breeder, chances are Husky would remain fit and healthy for a longer period of time. But still, they can suffer from various kinds of health issues which are as follows:

As mentioned, they generally remain healthy and fine, thus visits to a Veterinarian’s clinic are quite rare.

Siberian Huskies are considered to be among the oldest of dog breeds in this world. They originated in Siberia and are believed to be bred by a tribe of nomads called Chukchi. Huskies were living as family dogs with these Chukchi nomads. They were used because of their power, strength, and speed for various transportation purposes.

After they were imported to Alaska in 1908, they started to be used as sled dogs. They took part in dogsled race competitions which were known as All-Alaska Sweepstakes and are still competing in it to this day.

When all the Huskies were exported from Siberia, the breed continued to survive in the North American regions. The next generations started to have slight changes in them when compared to the old Siberian Huskies, but their core qualities and values still remained the same.

They were recognized as an official breed in the year 1930 and the Siberian Club of America was founded in 1938. Their popularity began to rise rapidly in the U.S. and Canada regions. And soon, their beautiful appearance and strong personality were appreciated by the rest of the world.