Why do Dogs Wag their Tails? 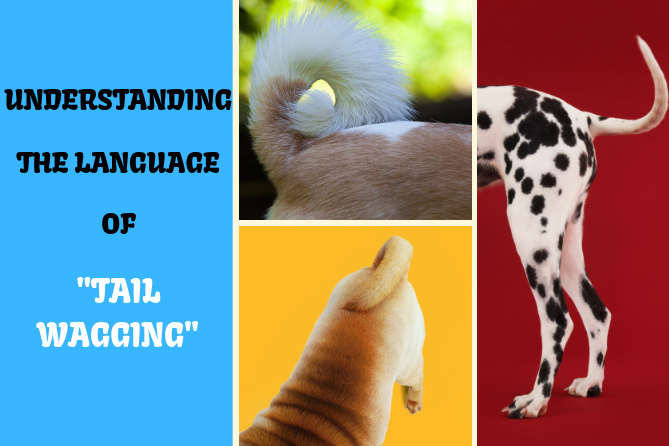 WHY DO DOGS WAG THEIR TAILS?

When Dogs wag their tails, many people take this as a sign of friendliness and warmness, but that's not always the case. Sometimes, tail wagging can be for a lot of other reasons as well. Tail wagging can be seen as a language for dogs that they use to converse with their owners, family members, strangers, and other dogs. Apart from Tail, a dog's facial expressions, ear movements, body position and postures et cetera, all can be seen as communication devices that a canine uses to express his/her feelings. But, here in this article, we are only going to be discussing the different meanings that one can interpret from a wagging tail of a canine.

Generally, if a dog is wagging his tail from one side to the other in a spirited manner, it means that a dog is friendly or he is greeting you or he likes you or he is willing to interact with you. This is usually accompanied by swift movements of the body, a few licks and a little bit of jumping. But apart from happiness, there are a lot of other reasons for which a dog is known to wag his tail. And apart from wagging, there are a lot of characteristics that one should look out for if he/she wants to properly decipher the “Tail” language of a dog. These characteristics can be tail height, speed, stiffness et cetera.

UNDERSTANDING THE TAIL LANGUAGE IN CANINES:

Now you know, tail wagging in dogs doesn't always mean that the canine is happy or excited, one should also look out for various other things while a canine is wagging his tail so as to properly understand his true feelings. Apart from happiness; nervousness, sadness, fear, uncertainty, curiosity, aggression, all these feelings and emotions are communicated through the Tail of a dog.