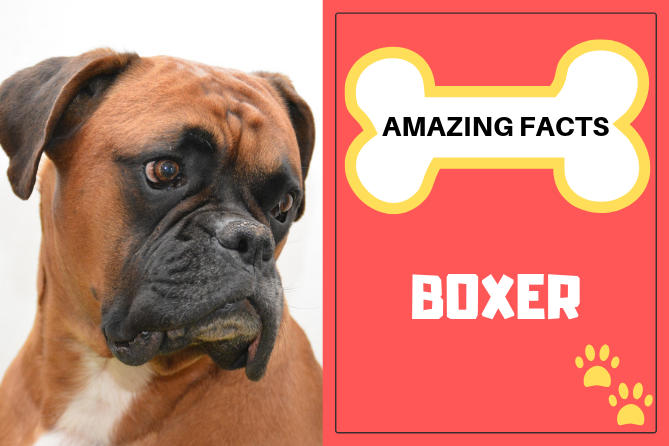 INTERESTING AND FUN FACTS ABOUT BOXERS

Boxers are highly athletic and active canines that are tremendously popular all around the world. These pooches are fairly expressive, intelligent and spirited in nature and they know how to create a fun and positive environment wherever they go. Boxers are also extremely devoted and loyal to their owners and loved ones and are known to have great protective instincts for their family members as well.

There are probably hundreds of reasons to admire and adore this awesome breed and because these canines have such a large-scale fan base, I have decided to share some interesting and fascinating facts about the Boxer canines and I am sure, some of them will definitely surprise even the biggest of Boxer admirers out there.

While it is not totally true that all White-colored Boxers are deaf, but still there is a certain credibility behind this so-called myth. Boxers come in three different colors according to the standards, Fawn, White and Brindle. Out of these, only white colored dogs are more prone to deafness due to the absence of pigment cells in the inner ear. Dogs with less pigmentation are more likely to suffer from deafness and thus White colored Boxers have a higher chance of being deaf.