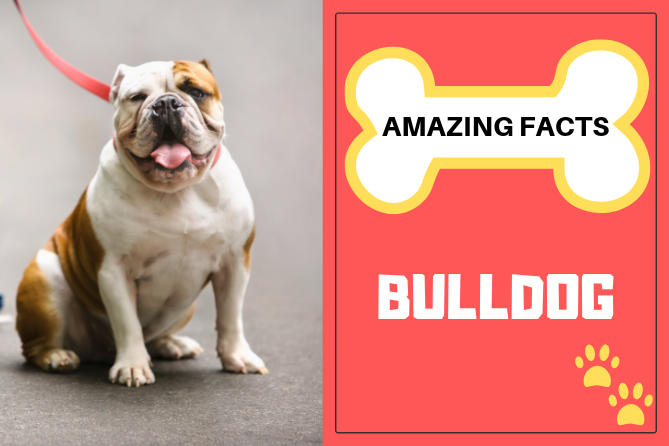 INTERESTING AND FUN FACTS ABOUT BULLDOG

These wrinkly-faced, medium-sized pooches that hail from the United Kingdom are one of the most popular canine breeds that are present today on this planet. Not only they are tremendously adored in their home country, but their demand is fairly high in several different parts of the world like the U.S., Canada, and even India as well. Bulldogs are exceptionally loving and friendly in nature and are immensely kind and faithful to their owners.

But they were not always like this and in the past, rather than being affectionate and gentle, these Bulldogs represented a picture of tenacity and belligerence. Below are some fascinating facts about Bulldogs that many of you will be surprised to read.

So, it is clear that most of the body parts of this canine were specifically designed by the breeders so that it could effectively participate and fight in the gruesome sport of Bull-baiting. It's highly unfortunate for these pooches that they had to go through so much in the past and were only seen as Bull-baiting machines.