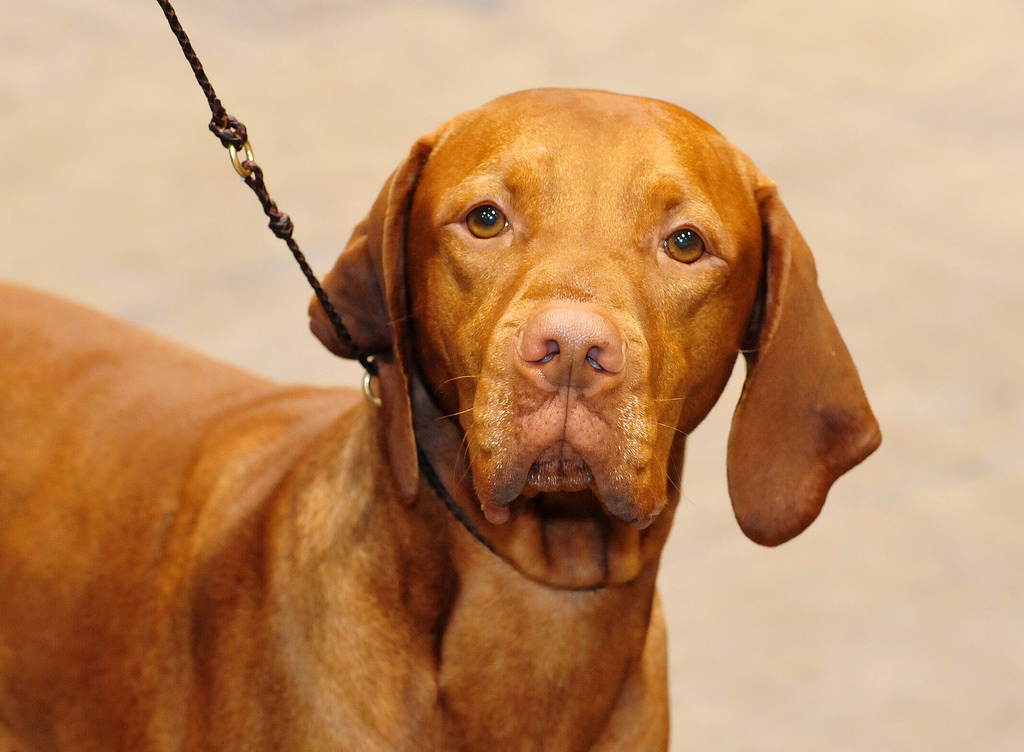 INTERESTING AND FUN FACTS ABOUT VIZSLA

Here are some fun and fascinating facts about the Vizslas that will surely surprise a lot of people!

Vizslas were used for hunting purposes when they first came into existence and they were very good at tracking down their targets. These canines used to point towards the direction of their preys so that the hunters could easily kill the games and thus they were considered to be outstanding pointers. And, that is why they were named as Vizsla as it means â€œPointerâ€ in Hungarian.

Vizslas can run at amazing speeds and can easily defeat various other canine breeds in a racing competition. Their top speed is around 64-66 Kmph and they can reach such high speeds because of their athleticism, agile and well-built body and great stamina and inner strength.

Vizslas are mostly found in a few different variations of Red or Golden color. They only get these two colors on their coats due to a single recessive (b-allele) gene. But they can lose their red color if they are crossed with a canine other than a Vizsla and most of the time, the progeny of this breeding will have a brown or a dark golden coat, losing its red color.

Vizslas have beautiful blue eyes when they are born and it is one of the most distinctive and attractive features of these canines. But, as they grow up, they start to lose the blue tone from their eyes and they began to change into an equally striking orange-yellow color shade instead.

Vizslas hail from Hungary and are believed to have originated around 800 A.D. These canines were primarily used by the Magyar tribesmen for hunting down smaller games such as rats, mice et cetera. Vizslas proved themselves to be of great help to the people of Magyar tribe by not only excelling at hunting but by being great at tracking, retrieving and pointing as well.

In the 1930s, when people realized that Vizslas were not meant to hunt animals in colder and snowy regions because of their short coats, breeders started crossing these canines with other breeds who had a thick and wiry coat so that their tolerance to cold and low temperature could be increased. Hence Vizslas were crossed with the German Wirehaired Pointers and probably the Griffons and the result of this breeding was the formation of a whole new breed that had a wiry and thick coat and this breed was named as Wirehaired Vizsla.

In 1950, a canine named Sari became the first Vizsla to be ever imported to the United States. And, only after 10 years of that, this breed was recognized by the American Kennel Club as a distinct breed.

Vizslas are known to get extremely attached to their loved ones and family members. These pooches just love to spend all of their time with their close ones and are always happy to stay beside their owners. They are immensely devoted to the people they love and trust and they always want to stay in the company of their housemates. And, that is why many Vizsla owners lovingly call their pooches as Velcro Dogs.

Vizslas are known for their love of water and for being exceptional swimmers. But, one thing that many people might not know is that they naturally built to be awesome swimmers. These canines have webbed feet which allows them to swim at great speeds and they can be even trained to retrieve stuff from a water body.

In the year 2000, a Vizsla named Chartay became the first ever AKCâ€™s quintuple champion when she won five separate championship titles. She was able to earn the following titles:

Apart from these, Chartay was even given the Vizsla Club of America Hall of Fame award for her superb versatility and excellence in several different canine sports.