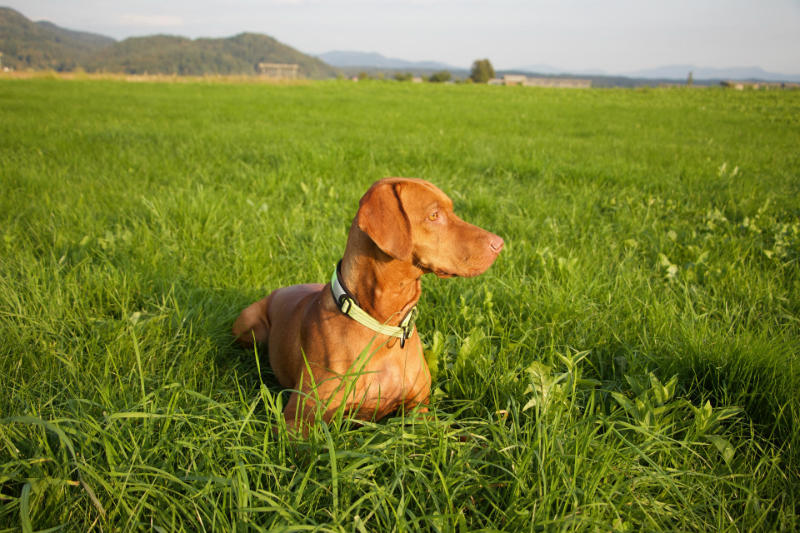 Is Vizsla Good for Indians?

Vizsla is a very famous Hungarian breed that is slowly becoming more and more popular in many different parts of the world where it was not that relevant but is gradually becoming now. These graceful and smooth-coated canines are a really good fit for a country like India, mainly because of their awesome tolerance to hot and humid climatic conditions which can be commonly seen in most parts of India for at least 6-8 months in a year. These pooches are also known for their easy-going personality and their affectionate and friendly nature which is a good thing for any potential dog owner (either new or experienced) residing anywhere in the world. Hence, the Vizslas are a pretty decent option for people who are looking to raise a sweet, sturdy and amenable canine.

The Vizslas are medium-sized, lightly built canines that are highly energetic and agile in nature. These dogs were bred to hunt and work in fields, and that’s why they possess a great amount of stamina, speed, and endurance which certainly helps them to become a fairly versatile canine. The official standards for the Vizslas are given below:

The average height of the Vizslas lies somewhere between 21-24 inches (at the shoulders). The male Vizslas are slightly more tall and heavier than the female Vizslas. The average weight of these canines can be anywhere around 18-27 Kilograms.

The Vizlas possess a dense, smooth and close-lying coat which is evenly spread all over their body and is fairly short in length. They have no woolly undercoat beneath their thick outer coat which is mostly found in a rusty golden color.

The Vizslas may be lightly built canines but they are certainly quite strong and well-proportioned in nature. Their neck is arched, smooth and muscular and is of moderate length. The chest area is reasonably broad and deep and the Back region is fairly well-muscled and firm. Their tail is quite thick at the root and is mostly docked one-third off to maintain the desired balance of the body. The forelegs and hind legs are finely developed, straight, sturdy and are nicely padded.

They have a lean and muscly head. Their eyes are medium in size and the color of the iris mostly blends with the color of the coat. They have fairly long ears which are quite silky and thin with rounded ends and they hang close to their cheeks.

The Vizslas have a strong jaw region with well-developed white teeth meeting in a scissors bite. Their overall muzzle is square and deep and it gradually tapers going towards the tip of the nose.

Vizslas are very affectionate and cheerful canines who love their owners and housemates with all their heart and they are quite happy to spend their whole day following their loved ones from one place in the house to another. But, apart from spending time with their close ones, the Vizslas also are quite fond of doing some physical work. They were bred as working dogs and thus they love to perform some kind of task or activity and keep themselves moving. They also like to play numerous games with their family members in an open space which further helps in keeping them fit and fine. These canines bond well with others like strangers, other animals including cats and dogs et cetera, but still, early socialization (at a young age) is very crucial for these pooches. Also, they are very intelligent and smart in nature which definitely helps them during the training sessions and various learning exercises. The temperamental traits of the Vizslas are listed below:

The Vizslas are known by many different names, but according to several Vizsla owners, these canines should be rightly called as Velcro dogs because of their tendency to get highly attached to the people they love and are fond of.

These dogs are immensely loving and kind in nature and they are known for never leaving the side of their close ones. They love to follow them, rest beside them, lean against their legs and sleep in their bed at night as opposed to their own bed. And, this is not a problem for passionate and ardent dog admirers who love to cuddle up with their pooches whenever they get the chance. But for some people who don’t want their dogs to follow them wherever they go or want a less sensitive pooch who can stay alone without any difficulty, this breed might not be a right choice.

The Vizslas are also quite energetic and enthusiastic in nature. They love to spend the ample energy which is present inside their body on some kind of task or another. And, hence, their exercise requirements are pretty high and if they are not receiving the required amount of physical work, these dogs can become slightly frustrated and dispirited.

But, if they are properly trained and given loads of work to do on a regular basis, then these pooches can prove to be a highly versatile companion. They can act as pretty decent guide dogs, therapy dogs, drug-detection dogs, search-and-rescue dogs et cetera and all they need is proper guidance and training from their owners.

Officially, Vizslas are divided into two types on the basis of the different kinds of coat that they can possess. These types are given below:

And, coming to the different colors that these dogs are found in, then they are as follows:

Vizslas do great on a high-quality feeding material but it is important that the diet should be appropriate to the canine’s age. A young Vizsla can be fed 4 to 5 cups of good-quality dog food per day but contrary to that, the older and less active canines may require less than half of that quantity. But still, it is always a good idea to take the advice of a skilled vet before deciding the feeding schedule of any canine and the same should be done in the case of the Vizslas.

These dogs require a pretty decent amount of exercise on a regular basis to remain healthy and fit. It is recommended that a minimum of half an hour of exercise session should be daily provided to these canines. They love long walking, running and jogging sessions with their owners in a park. They also like to play various games with their loved ones which further keeps them active and mobile.

Training these eager to please canines should not be hard for any dog owner as these canines love to learn new things and commands from their owners/trainers. They are highly responsive and compliant during the training sessions and they generally listen to their owners’ instructions with utmost sincerity. But, it is very important to start training these dogs from a young age as older Vizslas can be a little difficult to handle and train, especially if a novice dog owner is involved.

Their grooming needs are not that high and it is mostly because of their short and smooth coat. They need to be brushed only once a week to remove extra loose hair from their body. They should be given occasional baths to keep them neat and tidy. Their nails should be trimmed whenever it is required and their ears and teeth must be cleaned regularly to avoid any ear or gum related disease.

Now, coming to their shedding potential, these dogs only shed on a seasonal basis and that too in a limited manner.

Vizslas generally remain fairly healthy during their lifetime, but as with all the other breeds, they are also prone to some health-related issues which are as follows:

The Vizslas are not required to be taken to a veterinarian’s clinic on a regular basis as they generally remain fit and fine throughout their life (only if they are given proper care, nutrition, and exercise).

The Vizsla is quite an ancient breed. It hails from Hungary and was extensively used by the Magyar tribe for hunting rats back in 800 A.D. They were bred for working and hunting purposes and they excelled at several different activities like retrieving, tracking, pointing et cetera.

But, because of their short coat, the Vizslas were not the right pick to hunt in colder areas. And thus, in the 1930s, these canines were crossed with the Griffons and the German Wirehaired Pointers. The result of that breeding was the Wirehaired Vizslas that possessed a long coat which enabled them to work and hunt in cold climatic conditions. But, there are only a few Wirehaired Vizslas present today and that’s why they are considered a rarity in many parts of the world.

The Vizslas were first imported to the United States in the year 1950 and only after 10 years of developing and residing there, they were recognized by the AKC as a distinct breed. Today Vizslas are extremely popular house pets and they are highly admired for their devoted and affectionate personality.