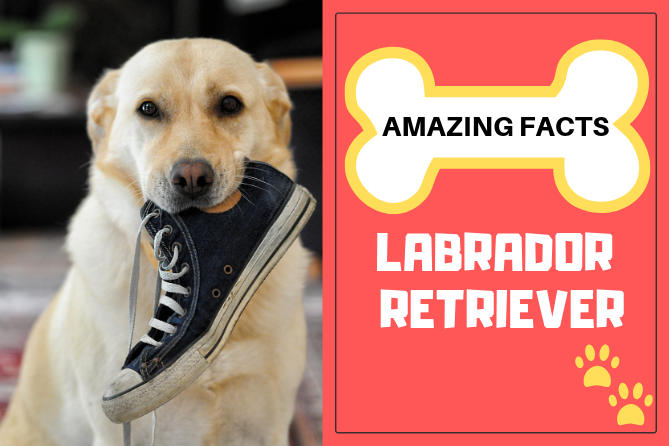 Labrador Retrievers are one of the most loved and popular breeds in the world. They are adored and treasured by everyone. Loyalty, kindness, and friendliness are the defining qualities of a Labrador. Most of the novice dog owners tend to look for an easily raiseable and fairly adaptable pet and Labradors are known to clearly fit the bill for them. They are quite outgoing in nature and wants to socialize with almost everyone. Labs are especially careful with the small kids or infants and hence they make an excellent family pet.

Now, as Labradors are so popular, we might think that we know about all the tidbits related to them, but there are a whole lot of interesting and fun facts about Labrador Retrievers that may surprise us all.